Sharon Polsky started out on a very athletic path – she had two older brothers that she was always dodging and running away from to keep them from picking on her. She and her brothers were born and raised in Long Beach California. She was in the gym by the time she was 14 years old, and teaching aerobics by the time she was 16.

At one point, Sharon was a nationally ranked swimmer, she’s been trained as a dancer, and she has always been a runner. It’s a shame, but she says many of her friends and most of her family have never really understood her fitness lifestyle and the compromises it entails. When she trains her butt off, or eats very carefully, they shake their heads and roll their eyes and tell her she’s being silly.

Sharon is always a bit peeved when someone casually claims that she looks the way she does due to good genetics. She says she has terrible genetics, and has to train incredibly hard to show the minimal gains she does. Basically – if she can do it anybody can!

Sharon is a trained acrobat and is well-known as a pole dancer. She took up fitness competitions awhile back in a (successful) attempt to promote her pole dancing classes. 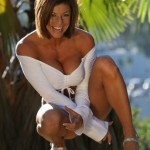 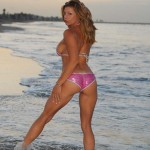 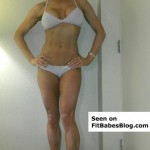 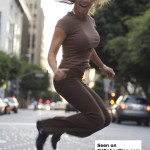 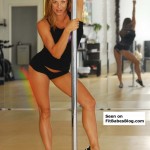