Rebecca Mitchell is an NPC Figure Competitor and a fairly well known fitness model. She currently lives in Maryland. She is 5’8″ tall, and weighs around 135 lbs. She started training in 2006, and entered her first contest in 2010. She has done well:

Now if that’s not an impressive showing for the first 6 contests, I don’t know what is!

Rebecca says it wasn’t the smoothest sailing at first. She got into the gym just trying to stay fit. She was naturally thin, and found it hard to gain muscle, but tended to store any extra calories in her legs and hips. By finding the right trainers and straightening out her nutrition and training schedule, it only took Rebecca 2-3 years to start winning contests. Although that sounds like forever, the fact that she could do so much so quickly says a lot about how knowledgeable she and her support system is about the iron game.

It’s something of a rarity to see such a pretty redhead in the fitness industry. Rebecca turns head everywhere she goes. It will be interesting to see if she continues to expand on her dominance. 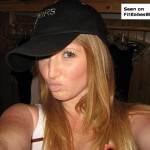 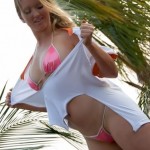 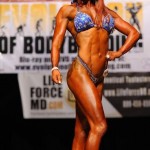 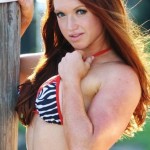 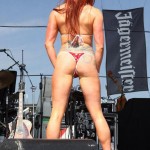