We already mentioned that Janet Layug won second place in the IFBB Pro Bikini division at the 2015 Mr Olympia contest. Since then, she placed 1st at the 2015 IFBB Korean Grand Prix. This girl is rockin’ and rollin’ lately!

Janet calls Orlando, Florida her home. She is twenty-six years old and of Polish and Filipino descent. She stands 5’8″ tall, weighs 124 lbs, and measures a very fit 32D-25-35. She started out doing promo work for a swimwear company, and received a good bit of attention when she placed in the top five in the 2011 Hooters Swimsuit pageant. She was a popular cover model for the May 2015 edition of FitnessRX Magazine. She graduated from the University of Florida.

Some additional contest history for Janet: 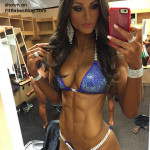 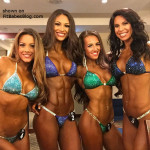 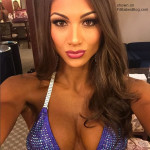 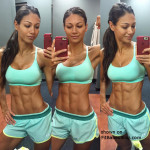