We’ve profiled Nikki Warner before, but it’s time to get some fresh updates on her! She is a bodybuilder, NPC National Figure competitor, and fitness model. You can definitely consider her well-educated: Nikki has 3 college degrees. She has a PhD in Pharmacy, a BS in Dietetics, and a BA in pharmacy. She started out as a highly-ranked cross country runner. Her older brother is a professional bodybuilder. She credits her brother for getting her into the weightroom, and her father for instilling in her the discipline to be an athlete.

Nikki is a fairly controversial fitness model. She has been known to pose topless or nude on her website, and she has quite a following in the fitness babe niche. She has really put on a lot of muscle since her skinny x-country running days, so it’s readily apparent she has a quite a dedication to nutrition and her training program. 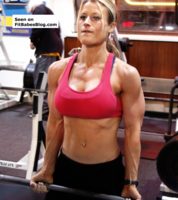 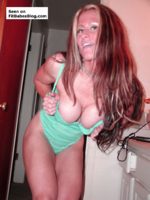