Amber Elizabeth seems like one of the most photographed fitness models in the industry. She’s been on the cover of Oxygen Magazine three different times. She has worked with some of the best photographers out there, including Mike Byerly, Paul Buceta, and Joe Morahan. Part of the reason she’s such a popular model is because she’s drop-dead gorgeous and always perfectly fit. Another reason is because she’s sort of controversial. She happens to be a lesbian, and occasionally does interviews with various women’s lib magazines or lesbian websites. Oh, and did I mention she plays Lingerie Football? She plays for the Los Angeles Temptation, a team that is aptly named because wow they are 100% smoking hot.

Amber describes herself as a very athletic, compassionate, nerd. That’s quite a combination for a lesbian who plays football in lingerie! She is 28 years old and was born in a small town in New York. She has a German and Native American Heritage. She has a bit more of a lean, less muscular look than some of the ladies that frequent Oxygen’s cover. To my knowledge, Amber doesn’t compete in Fitness Competitions, but she clearly works out (and plays sports). She has in the past done some personal training, but she says life has really been busy and she’s doing less of that than ever. 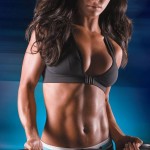 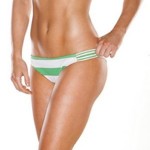 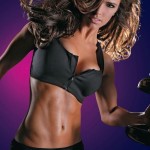 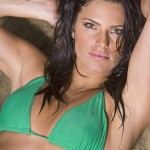 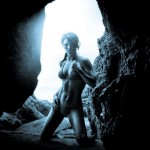 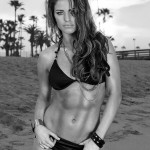 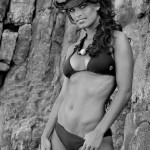