Shawn Johnson is the 4’9″ tall fireball who won the gold medal in the balance beam in the 2008 Olympics. She started in gymnastics at the age of three. She was born in 1992, so she was 16 years old when she won her gold medal. Shawn has been in and out of the spotlight since then, winning the Dancing With the Stars competition in 2009. After a skiing accident, Shawn had knee surgery, and announced she was going to try to make the Olympic team in 2012.

Shawn has always been tremendously popular with her fans. AOL ranked her as one of the most searched for female athletes in 2009. She has won a Teen Choice Award. And Des Moines (where she grew up) dedicated a life-sized bronze sculpture of her. She published a biography about her life in 2008.

Shawn came out in May of this year and did some interviews where she talked about her body image, self-esteem, and the public focus on her weight. She actually lost 25 lbs as she started uping her game for the Olympic gymnastics bid. Whether this was due to more intense training, or intentional weight loss due to pressure she felt in the public eye was never disclosed. But she did say that being a world-class athlete was not enough to prop up her self-esteem and reassure her that she looked great.

Shawn raises a good point. Here at FitBabesBlog, we may sound like the biggest hypocrites ever considering how much we focus on athletic women, fitness babes, and the way they look. That’s our niche, that’s what we do, so we don’t feel particularly defensive about it. But that look, that body image, shouldn’t be the biggest and certainly not the only factor that defines a woman. If you aren’t ripped, or super-skinny, or don’t look like you could win a fitness competition, that doesn’t make you less of a person. That may mean you don’t get profiled on FBB, but we aren’t here to judge good people from bad.

So please ladies, balance your fitness goals against the other things you believe in and want to accomplish in life. And by no means allow the media or the public to determine your worth as a person! 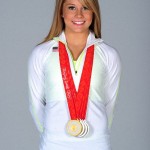 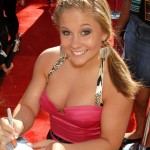 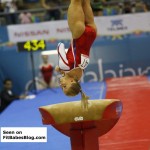 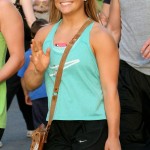