We are still sort of “stuck” on the Olympics. It’s hard not to be terribly excited about all the athletes who are about to fulfill their dreams this summer. Laura Trott is one of them.

Laura is a British cyclist. Although she is only 19 years old, she has been biking since she was very young. She doesn’t really do sprints, she is mainly an endurance rider. She won the Women’s Omnium in the 2012 World Championships. And she won the 2011 and the 2012 UCI Team Pursuit.

Laura admits that distance cycling can be painful. Ignoring the potential for crashes and pile-ups, the lactic acid burn is enough to drive mere mortals to tears. But she just laughs it off, saying that she enjoys the burn, and embraces the pain.

She has an unusual stomach condition with the acid in her stomach that generally forces her to vomit pretty much every time she trains hard or races. She also dealt with asthma as a child, and a lung problem as a baby. Difficulty is just something to overcome when you are an Olympic caliber athlete. Based on how badly she wants it, and her attitude about life, I suspect we’ll see Laura go far on her bike this Olympics. 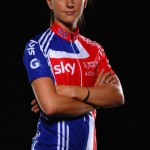 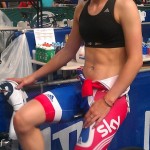