In addition to an unforgettable name, Swann Cardot is known for an amazing body. She started out as a dancer in Paris, then moved to Belgium. She trained in jazz, latin, contemporary, and ballet. You should go ahead and stipulate that she knows more about dancing than 99% of the rest of the general population.

Over the course of studying dance for several years, and doing her best to keep her body fit and healthy, Swann was drawn into women’s bodybuilding and fitness. She is now a figure competitor, and a personal trainer. And of course, once a dancer always a dancer.

She’s an astounding women’s figure athlete who will continue to do well if she keeps on applying herself and avoids overtraining and injury. Her body is incredible, and it’s clear the camera loves her. She has very strong, lean arms, well-defined and ripped abs, and a beautiful face. 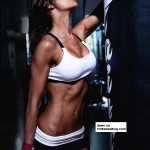 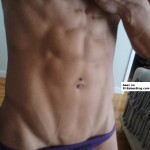 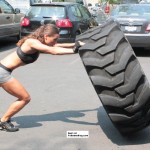 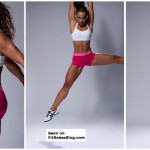 Her abs look a lot like Lisa Morton‘s. Wow.