Since we profiled her two years ago, Veronique Morin has been through a lot. She just landed her 2nd Oxygen Magazine cover. She earned her pro card last year, which isn’t too surprising considering how great she looks and how much she’s progressed. Too bad, guys – she’s been attached and dating her man for about seven years now!

Veronique’s red hair has always earned her plenty of attention. Because she started modeling at a fairly early age, she’s done quite a bit of traveling. She started when she was 14 years old, about 3 years earlier than she started lifting weights. She’s been to Italy, Japan, Australia, pretty much every continent.

She says she pretty much always eats clean, and never has much of a problem staying in fantastic shape year-round. As you can see in some of these photos, she has veins showing in her abs, which is quite a feat for women. I would put Veronique’s abs right up there with Jamey Peters abs. She has such a great smile, great hair, and a great body. She claims to love walking lunges (is she crazy?), and says they keep her legs and her rear in great shape. I guess you can also judge that for yourself in the photos below. 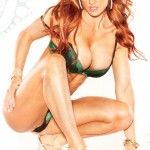 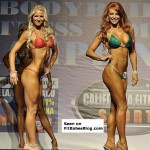 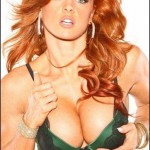 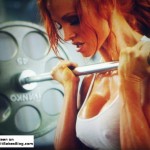 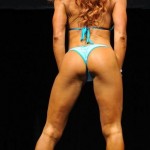 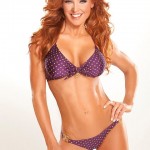