Rebecca Cardon grew up in Virginia, but now lives in Los Angeles California. Unlike many of the fit babe we cover, she is not a figure, fitness, or bikini competitor. Despite what she looks like (i.e. a fitness model), Rebecca is actually a powerlifter. She holds a world record in bench press. She set this record several years ago at the age of 17 when at a bodyweight of 105 lbs, she put up an incredible 130 lbs. In doing so, she destroyed the previous record of 117.5 lbs.

To be fair, one reason Rebecca has such unusual strength is genetics. A few years back, her father won a senior record when he was able to bench press over 360 lbs at a bodyweight of 160 lbs.

After moving to LA to pursue acting, Rebecca landed a few small roles here and there. It was when she was featured on Amazing Race that she was nationally and internationally recognized. The show really focused on her incredible body and her strength. She now hosts the show on Bravo called Work Out. She is also a personal trainer and a spin teacher. 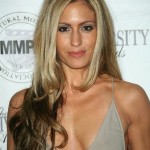 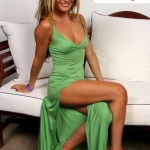 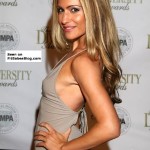 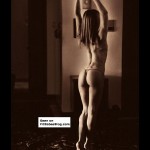 As you can see, she really does have a movie-star face and body. It’s no surprise that Hollywood has snatched her up, and turned her into a fitness celebrity.