Although we may have already crowned Ashley Kaltwasser as the fitbabe queen of Instagram, another notable sensation is Ms Christmas Abbott.

Although Christmas has “only” 387k followers these days, she is a gigantic Crossfit star. She owns her own crossfit gym in Raleigh. She’s been in the game 8 or 10 years, and it has hardened her body and boosted her strength to an amazing level.

She worked in Iraq as a civilization contractor, leaving college without a degree so that she could go. She is now a Nascar pitcrew member changing tires. She is thirty-five years old, and weighs around 120 lbs. She is known for eating the same thing every day – eggs, peanut butter, and an apple. Her parents named her Christmas because she was born on December 20th, close enough to the holiday to make it count.

Christmas went through some tough times as a young girl, and considered herself angry. She smoked and drank and abused her body. Then one day, I think while she was in Iraq, she had an epiphany and turned her life around. She has been on an intense fitness track ever since. In addition to her signature breakfast, she generally weighs and

measures her food, and follows a strict diet. And no more smoking or drinking!

I’ve read that she has thirteen tattoos. She is a pretty gal, and of course her body is fabulous. I think what leaves most people speechless is her abs. It’s hard to look at those ripped abdominals and think of Christmas pudgy and with a cigarette in her fingers. Her go-to workout may be FRAN. Apparently she is such a fan that she named her bulldog after that workout.

Christmas seems very intense, hardcore, and motivational. She seems to constantly come out with new diet and fitness books, and looks for opportunities to motivate the fat and the fit alike.

She published a video on herself: 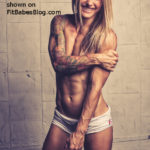 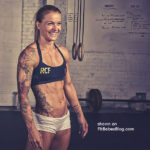 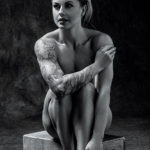 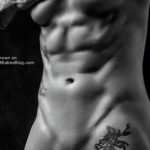 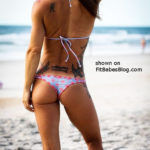