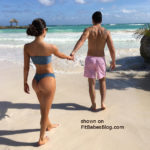 Like a handful of the other Instagram sensations I’ve covered here in the last month or two, Jen Selter is a social media phenom.

She currently has 10.4 million followers on her IG account:
https://www.instagram.com/jenselter/

Jen was born in New York, and grew up with a sister named Stephanie. Both her sister and her mom make frequent appearances in her IG photos. They certainly seem to make fitness a family affair.

She has been in demand as a fitness model over the years. She has been featured in several magazines, including Muscle & Fitness, FHM, and Maxim.

Jen is very pretty, and has great abs. But what seems to have really blown up her popularity is her butt. Wow does this slim, fit girl have a backside! There’s this hashtag called “seltering” where folks go around popping their butts out and snapping photos. Unfortunately, it’s usually not as good as the original. 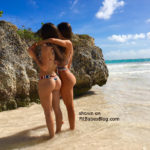 And she’s no dummy, she features those glutes quite frequently in her photos. Many of our FitBabesBlog fans, both male and female, love looking at photos so I have of course included a few here 🙂

Jen is about 5’6″ tall and weighs around 119 lbs. She makes plenty of money as a spokesperson for several companies, runs her own fitness company, and claims to own quite possibly the world’s largest collection of yoga pants.

She is known for climbing around like a spider-monkey, spanning hallways or handrails and wiggling back and forth without touching the ground. She’s certainly entitled to wear athletic wear and yoga pants when she’s doing something like that… 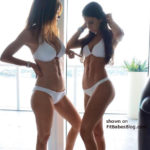 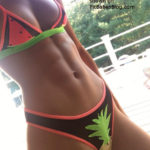 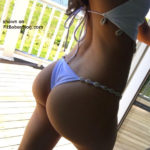